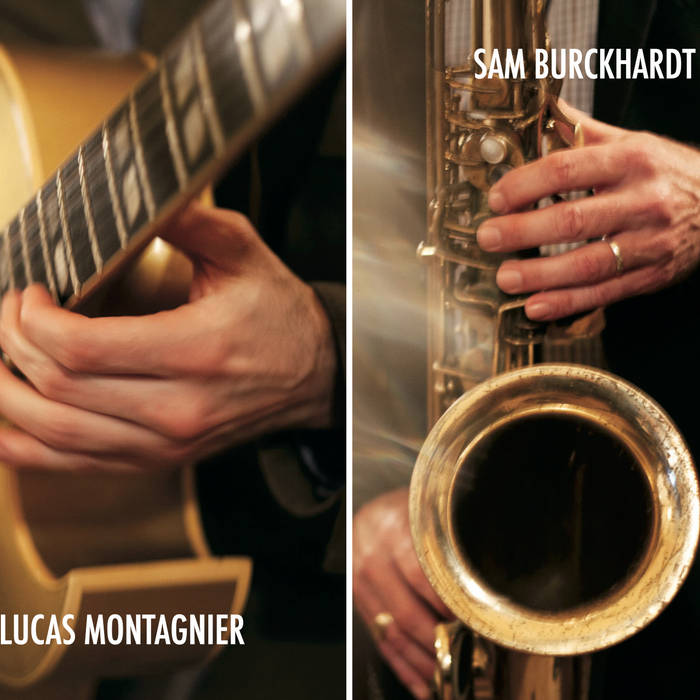 In July 2015, a young French guitarist named Lucas Montagnier went to the Green Mill Jazz Club in Chicago to hear the Sunday night set featuring Joel Paterson and Chris Foreman. The same night, Sam Burckhardt was in the club and sat in with the band for several numbers. Upon his return to Paris, Lucas bought Sam’s then new CD “Fly Over.”

This could have been the end of the story. It was not. Lucas particularly liked one of the tunes on the CD––“Early Bird Blues”––and with a fellow guitarist recorded a version he then posted on facebook. And thanks to modern technology, including the fact that Lucas posted: “Sam Burckhardt, is that your composition?” the post showed-up on Sam’s timeline on facebook. Sam saw it, listened to it, and was impressed how beautifully Lucas and his colleague adopted the two part harmony from the original saxophone and guitar to two guitars.

Sam contacted Lucas, conveyed his appreciation and congratulated him for his version of the tune, and a conversation ensued. One thing lead to another, and Sam wound up playing with Lucas in Paris. A friendship followed, then more concerts and gigs, in Paris and in Switzerland. They decided a CD was in order.

Voilà, here it is. Enjoy. The disk features a variety of Blues and Jazz, from old standards to original compositions. It also features two of Chicago’s outstanding musicians––Pete Benson on Hammond B-3 organ and Alex Hall on drums. Alex did double duty and recorded, mixed, and mastered the session.

Sam Burckhardt: Thank you to Richard Wilson for support and encouragement.
Lucas Montagnier: Thank you to my family, and my one and only Ethelle, for their support.

Recorded by Alex Hall at Reliable Recorders, Chicago, December 17 and 18, 2019

Mixed and mastered by Alex Hall, Chicago, January and February 2019

Produced by Samuel B. Burckhardt and Lucas Montagnier